The post you have been waiting for… Disneyland Paris! Was it magical? Delicious? Fun? 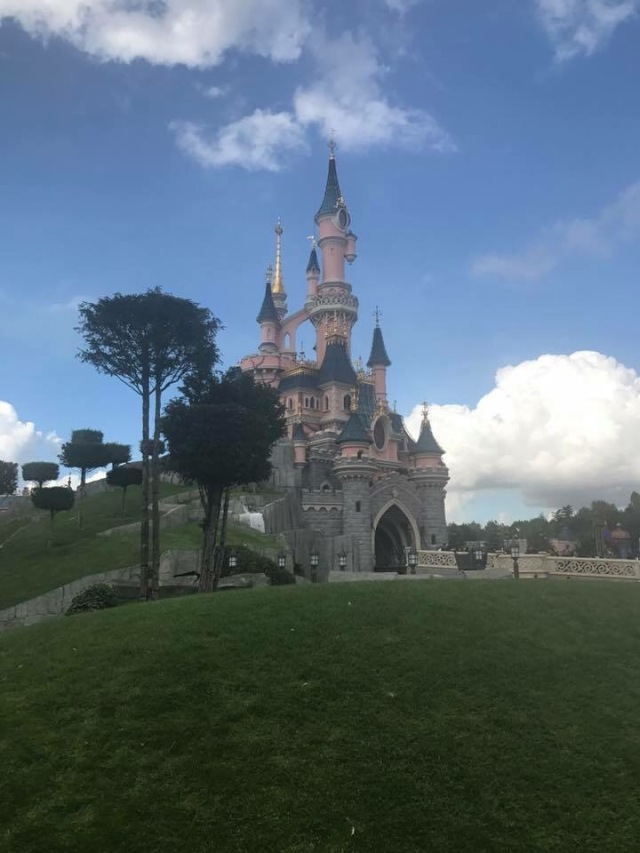 I had some pretty high expectations going into Disneyland Paris. I love Disney, especially the parks in the states, so I was ready for some magic. Starting our trip was riding an hour long metro to Disneyland. Not magical at all but actually quite easy and convenient to use! When you get off the metro, it’s a little chaotic. You have to use your ticket to get out of the metro and to the park (Pro Tip, when you buy your metro ticket get a RT ticket so you don’t have to wait in the chaotic lines to buy a metro ticket when the park closes. Seriously I have never seen such chaos).

So far I was not feeling the magic. But then we walked into the gardens of the Disneyland hotel. You have to walk through the hotel to get to the park. The hotel is very cute and was getting me into the Disney spirit! We got through the ticketing and I started having some major deja vu. It felt just like Disneyland Anaheim! But then we saw the castle. I LOVED Paris’s castle! It was up on a hill and is gorgeous inside! (Pro Tip! Underneath the castle is a really cool fire breathing castle. That is why the castle is on a hill. We didn’t have time to see this but wish we did).

Disneyland
We immediately got excited to start riding some rides, first up was the haunted mansion since the wait was only 5 minutes. It was so weird to hear everything in French, but it actually made it a little spookier. The ride was really fun. It is completely different than the one in the states. The actual ride is different and they have a storyline of the bride being left at the alter. Do not miss this ride!
Right after we jumped on pirates of the carribean, one of my favorites! This version of the ride was very similar to the one in the states. I felt like the drop was a little longer and darker, and it also took a picture!

When then decided to head over to the other park, Walt Disney Studios Park, since we had a hopper pass. This park is very similar to WDW’s Hollywood Studios. Some major differences were they have a Ratatouille area and Toys Story area. The food in the Ratatouille area was SO good! And they have wine. Make sure you try the cheesy potato thing they serve, SO good!!! My favorite ride was the Ratatouille ride. You become a rat and move through a 4D story with Remy. We loved this ride so much, we rode it 3 times! They have a single riders line that took 5 minutes to wait, if you are ok to split up with your group. We were split up but ended up in the same car.

After the ride we ate at Chef Remys. This Ratatouille themed restaurant was so fun! You are mouse-sized, eating in Remys returant. We both got the Emile 3 course meal which included a salad (and bread) , main course and dessert. It is actually a really good price for a 3 course French meal. 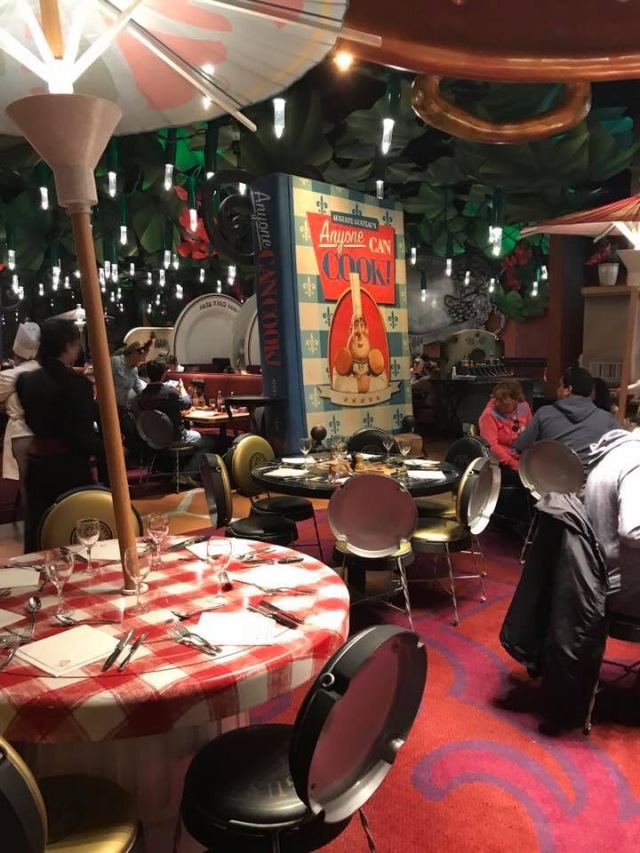 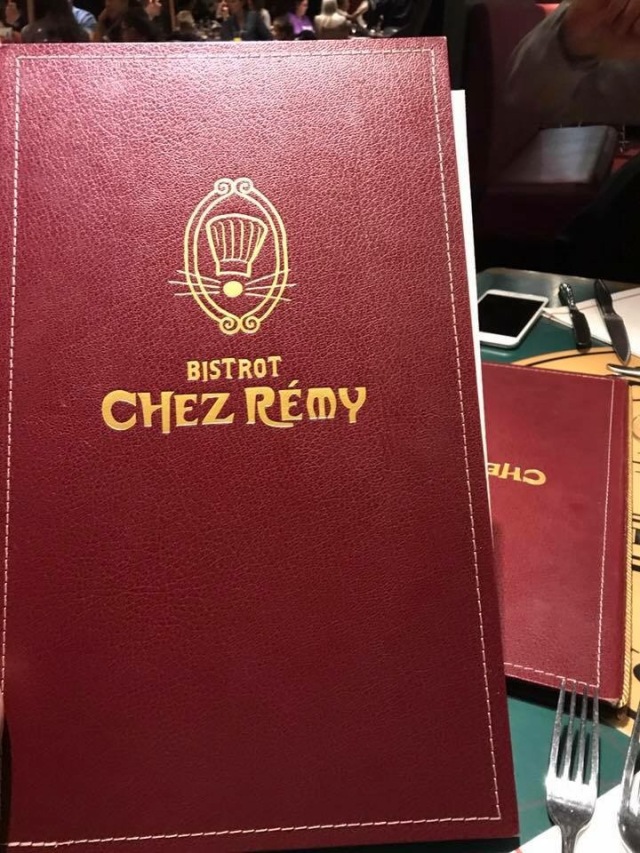 We did not do too much at the Studios park because we were more interested in the other park’s rides. Walt Disney Studio park is geared more towards shows and food in my opinion. We are all about good food but at Disney we prefer to ride as many rides as we can! On our way out of the Studios park we rode the Crush Coaster. A roller coaster based on Finding Nemo. This ride is not in the states, so we wanted to experience it. The line is pretty long because it is so popular but they have a free game you can play on your phone that makes the line go by faster. I was NOT a fan of this ride. You are constantly spinning, which can cause you to go down hills backwards. I didn’t like how dark the ride was and the spinning made me looks my center of balance.

Back in the main park we ran around and tried to ride as many rides as we could to see what rides are different than the ones at the Disneyland Anaheim. Here’s what we noticed:

-Thunder mountain is longer, more hills and shoots you underground at the beginning. ( the ride is on an island so you have to go under water to get to it)

-It’s a small world had different themed rooms, like an America room 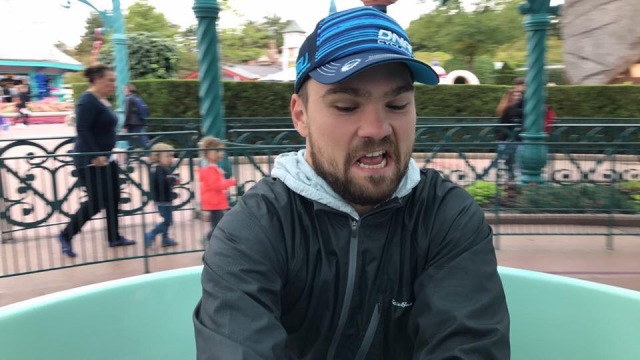 -Pirates land with caves and pirate ships you can walk in

What else do you notice that is different at Disneyland Paris?

Now let’s talk FOOD! We tried and loved the following:

We honestly didn’t try much because we were too busy having fun on rides. I also feel like there is not as many food stands and choices. When you go to the state’s Disney parks, I feel like there are tons of signature foods to try. The food in the states is part of the experience.

Overall, I am glad we went to Disneyland Paris. It was fun to see how it compares to our parks and to say we went. I think one day was plenty. It was not as big as the parks in the states and I felt like the workers were a little grumpier and didn’t give off “magic” vibes.

Have you been to Disneyland Paris? What was your favorite ride?

“It’s kind of fun to do the impossible” -Walt Disney